How do I register to vote?

You can register to vote at the MyVote website, at the RPKC Victory Center, or at your local municipal hall or clerk’s office.

Where do I vote?

Who are the candidates for the upcoming election?

Candidates are updated on our website as they are announced and when they provide RPKC with the necessary information.  Click here to see the candidates.

Who should I vote for?

We always recommend researching all the candidates yourself, which you can do by attending meet-and-greet events such as the RPKC’s Pints and Politics, or by visiting the individual candidate’s website.  An informed opinion is the best one.  If you’re still not sure and want to make sure you’re voting strategically (and not for a RINO or a Dem in Disguise), you can follow the endorsement choices of the RPKC Executive Board when they are decided and published.  Click here to see if we have published endorsements for the next election.

What's the deal with "absentee," "in-person absentee," and "early" voting?

“Early” and “in-person absentee” voting are the same thing, and allow citizens to vote during a period of time before the election day itself.  If you ever voted on a day that wasn’t election day, you were an “early” or “in-person absentee” voter.  You’ll be given a ballot which you will fill out and then seal in an envelope.  You’ll then hand it to the clerk rather than putting it in the mail.  It will only be opened and counted on election day.  “Absentee” voting is also done before election day, but you must request a ballot to be mailed to your home.  Then you will fill it out, have someone sign as a witness, and mail it back to your clerk’s office.  It will only be opened and counted on election day.

What's the difference between a primary election and a general election?

A primary election is one in which members of a particular political party are voting for which candidate from their party will represent them in the general election, or it can simply narrow the field in a non-partisan race. If a candidate does not have an opponent from his same party, there is no primary vote.  The general election is one in which the winners of the partisan primaries, if there are any, face off against each other.  In the state of Wisconsin, you do not have to declare or formally align yourself with a political party to vote in a primary election, but you can only vote in one party’s primary election (for example, you can vote in the Republican or Democrat primary, but not both). 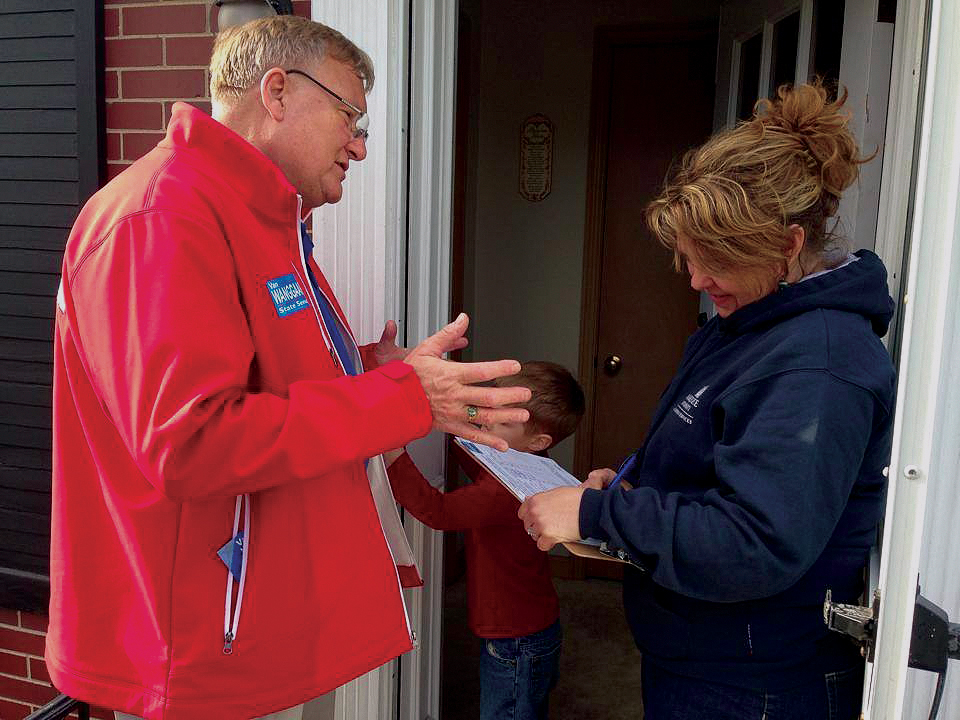 The REDKENO Project is the RPKC’s initiative to get as many trustworthy conservatives elected to office as possible. To pursue that goal more effectively, we offer assistance to candidates at the county and municipal level in many ways.

I Want to Run!

Candidate for US Senate

Candidate for US Congress

Candidate for Secretary of State

Candidate for Clerk of Courts

Where Do I Vote? Who Represents Me?

Track a Bill in Congress

Kenosha County How To

Keep Me in the Loop!

Sign Up for Emails
I Want to Help!
Volunteer
I Want to Join the Party!
Join the RPKC

© 2022 Republican Party of Kenosha County.
All Rights Reserved.
The RPKC is not responsible for links outside this site.

Paid for by the Republican Party of Kenosha County.